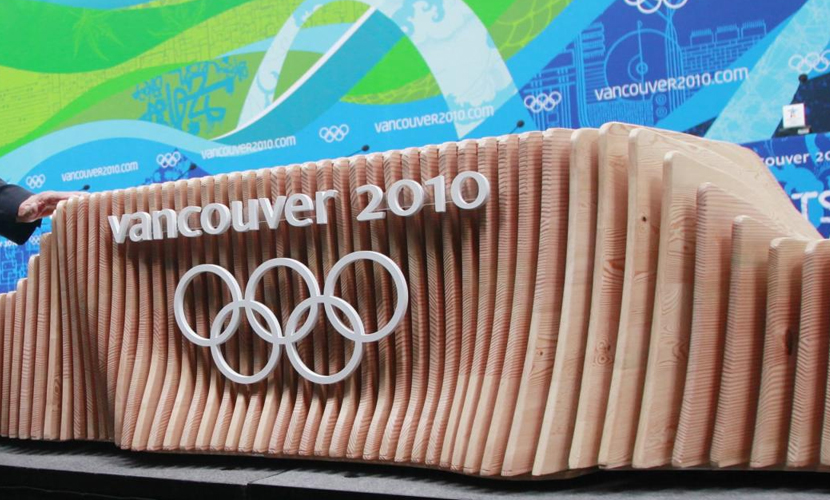 To design an Olympic podium is to develop a platform from which a spirit can soar. Any Olympian graced with the opportunity to stand on the top of one will undoubtedly concur. Trust me. I watched it, night after night, in person and even had the good fortune to put my own footprint atop of one. Olympic medal or not, my heart was racing!

So, if one were to picture the highest point in which to stand in order to match pride of a medal winning athlete’s it would seem almost natural to replicate the Canadian mountain ranges – snow and all. That is exactly the vision of late design director Leo Obstbaum as well as industrial designer James Lee. Built from wood donated from across the region over 200 precision cut pieces were assembled by a newly trained team from Vancouver’s inner city.

In addition to the vision for the podium the design of the trays in which the medals were to be placed also replicate the movement and structure of our rugged mountains. Crafted again out of donated wood the trays were built to be both ergonomic and slip proof which is key when holding medals as large, as heavy and as uneven as they are.