The Genius of Johnny (Cupcakes) 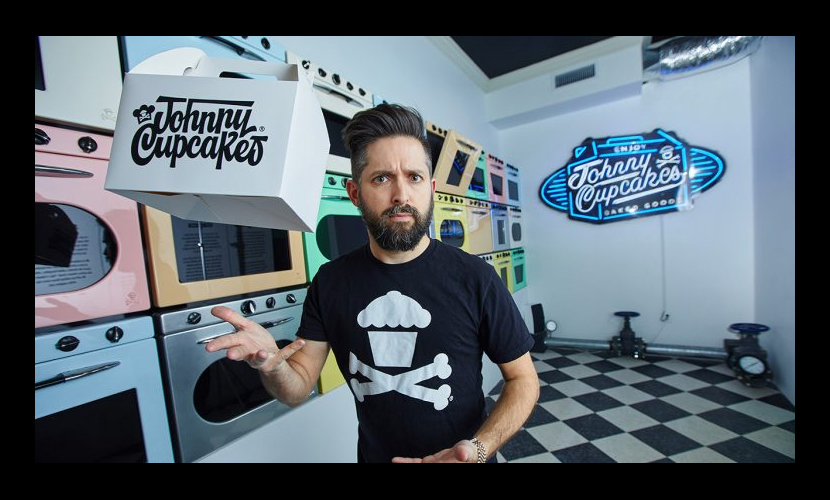 I thought for my inaugural Urban Jungle post I would talk about stuff that I really like. T-Shirts, Fancy Typography, Branding and Baked Goods! Johnny Cupcakes does not, contrary to popular belief, sell cupcakes rather an awesome looking clothing line….but let’s be honest, the clothing is great, but the branding is what really gets my motor running.

Johnny Cupcakes is definitely taking the baked goods theme and running with it. Their stores look like bakeries, their print collateral looks like it’s adorned with sprinkles, and although I don’t own any of their clothing I imagine it smelling like birthday cake the first time you wear it (Doubtful, but wouldn’t that be AWESOME!!) The activity book from their LA store has some fantastic illustrations and typography and really conveys how much fun the company is.

Speaking of fun, check out the video Johnny Cupcakes made with video geniuses Kamp Grizzly. Cupcake Cannon? You betcha! Really inspiring to see a company taking their branding to the next level and being incredibly successful at it.

One Reply to “The Genius of Johnny (Cupcakes)” .

Johnny is the man but I think he needs to actually sell some cupcakes! Seriously though…he should. When I was in the City of Angels last week I popped into his little bakery and while I was head over heels for the store and all of its ingredients (for example the button filled cupcake trays and frozen hoodies), I walked away a little unsatisfied. After all it was the thought of nice bite-sized cake that drew me in. Speaking of bite-sized cakes I’m going to head across the street right now to get one.