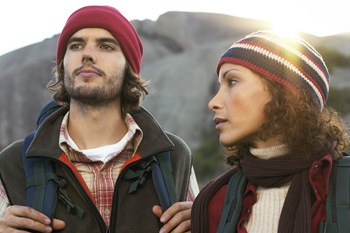 The optimist in me likes to think something big in Alberta is happening — a monumental shift in the way Albertans think. The recent Alberta election was surprisingly one of the most emotional and passion-infused elections I can recall, with the PCs staving off the Wildrose party to remain in power for another term. That said, Albertans seemed to deliver a message that we will not tolerate government corruption, mismanagement, or lack of accountability any longer.

Has Alberta shifted from complacency and indifference to inspiration and leadership?

While it’s nice in theory, the pessimist in me wonders what is to prevent Alison Redford’s Tories from making the same mistakes as their predecessors? Having recently elected the ‘president’ and ‘board of directors’ to run our $41 Billion company, how are Albertans to ensure they succeed? These are tough questions, but I believe the answer is quite simple.

The only way Premier Redford can deliver on her promise of “positive change that moves Alberta forward” is to have a clearly-defined mission for Alberta. A mission allows Albertans to always know whether or not our leaders are staying the course. It allows us to evaluate the province on an ongoing basis (not just at election time) to know whether or not we are achieving our mission.

So in January 2012, I set forth with my Alberta pride to try and do my part in the only way I know how. I offered my firm’s branding services to Premier Redford at no cost to the province. A move that could have saved Alberta taxpayers millions.

When the premier’s office came back with “Thanks, but no thanks,” I decided to show Albertans what is possible by creating a mission based on the traits that define the province: research, progressive thinking, and the desire to make a positive impact on the world.

And thus, Inspire Alberta was born. A grassroots initiative “by the people and for the people.”

What is Inspire Alberta’s objective?

Inspire Alberta’s objective is simply to create, deliver, validate, and activate a mission, position, and mantra for what is the “Alberta Brand.” The mission Inspire Alberta has proposed is the first piece in building the necessary framework to unite the province through shared values, purpose, and meaningful actions.

I believe this framework is essential to guide the government’s leaders, foster accountability, and allow Albertans to collectively change the negative perceptions others have of us. Most importantly, I believe it will enable Albertans to discover and achieve their greater sense of purpose for life in the province.

I hope you decide to be a part of evolving Inspire Alberta from a grassroots initiative into a movement, and I encourage you to support to help in the best way you know how.