Wear it with Pride

Talk about taking a campaign to the next level.

Not only did Wear It With Pride encompass web, print, apparel and public events into their marketing plan, they also helped create a hit single and spark a fashion movement in Australia. 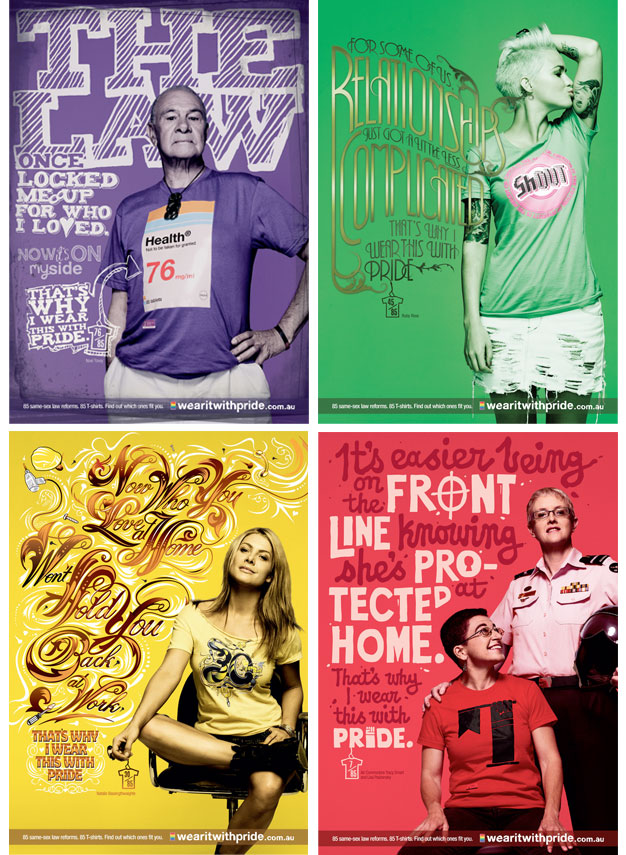 When Australia reformed their 85 formerly discriminatory same sex laws, a national campaign called Wear It With Pride was formed to educate the public about the changes. The campaign officially launched February 2nd, 2010.

Wear it With Pride, along with designer/art director Hannes Ciatti, commissioned 85 artists to interpret each law and create a t-shirt graphic around it. These t-shirts would become the centre point of the campaign. 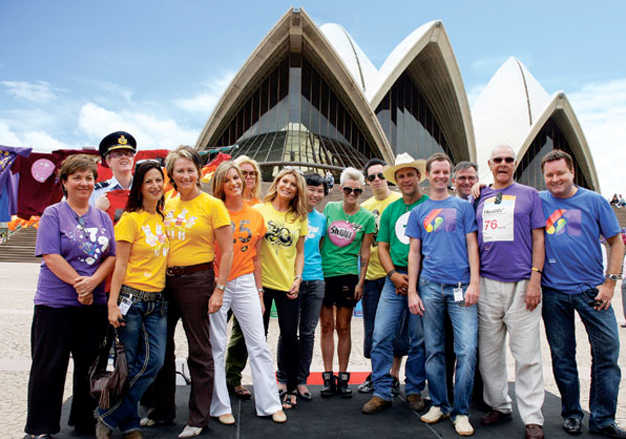 Apart from the shirts there was also an interview/story element of the campaign showcasing various Australian celebrities and public figures battle with discrimination and homophobia. The stories and interviews were published on the site and created into posters to be displayed across the country. Ciatti commissioned a number of typographic artists to work on the posters, and the end result is really eye catching and powerful.

As if the web site, print and t-shirts weren’t enough, the Wear It With Pride Campaign also partnered with Australian pop star, Natalie Bassingthwaighte who dedicated her single ‘Love Like This’ to the cause, donating all the profits to the LGBT community. Within 24 hours the single had reached number 10 on the iTunes album charts.

One Reply to “Wear it with Pride” .

Stellar. Thanks for finding this creative treasure Drew. It’s definitely one of the coolest campaigns I’ve seen in a while. I can’t wait to get our opportunity to rock a campaign like this.